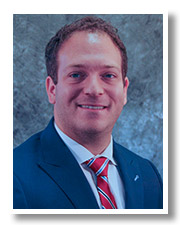 Eric J. Awerbuch joined in 2014.  He is a principal in the firm.  His practice involves commercial and business litigation, and administrative law.  Mr. Awerbuch has successfully litigated cases involving business torts and advertising issues, including advertising disputes under the Federal Lanham Act and similar state statutes, unfair competition, defamation, breach of contract, breach of fiduciary duty, fraud, conversion, and tortious interference.  Mr. Awerbuch has significant litigation experience involving disputes over intellectual property including trademarks, copyrights, and trade secrets.   Those disputes often involve concerns with misappropriation or infringement.  He also has nuanced and substantial experience representing network marketing companies and dietary ingredient/supplement manufacturers.  Mr. Awerbuch works closely with renowned experts to ensure that his clients’ advertising claims and products comport with applicable laws and regulations.  His areas of expertise include evaluation of advertising claims and analysis of claim substantiation under state and federal standards.  He has experience in nearly all phases of litigation, from pre-suit demands through appeal.  Emord & Associates, and specifically Mr. Awerbuch, have expertise in managing complex e-discovery proceedings and systems.

Eric was born in Tucson, Arizona and raised outside of Detroit, Michigan.  He graduated from Michigan State University in 2010 with a Bachelor of Arts in Philosophy and a specialization in Jewish Studies.  He graduated cum laude in 2013 from ASU’s Sandra Day O’Connor College of Law, where he was a member of the Arizona State Law Journal.   While in law school, Eric served as an extern to Director Mark Brnovich of the Arizona Department of Gaming and to the honorable M. Scott McCoy of the Maricopa County Superior Court.  In his free time, he enjoys spending time with his family, following Michigan State sports, cooking, and serving on the board for various non-profit groups and entities.