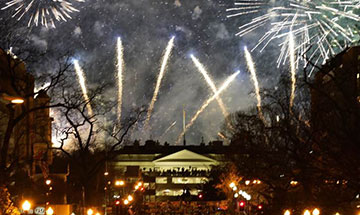 Americans Must Rekindle the Sacred Fire of Liberty This July 4

This year July 4 takes on added meaning, as it has every year since 1776 when individual liberty has been threatened by forces that would replace our constitutional republic with a dictatorial regime antithetical to rights to life, liberty, and property. Once again Americans are called upon to defend their individual liberties against threats, this time arising not from foreign enemies alone but from new domestic ones: those who riot, steal and destroy property, and commit acts of violence (BLM and Antifa activists) and those who support or condone that destruction and violence by not acting against it (the Democrats who control the legislative and executive branches).

This July 4 we are at a critical juncture. We must decide whether we will allow those who run our country and our cities, who control mainstream media and online avenues of communication, and who educate our children to replace reverence for a Constitution of liberty (and of those who so brilliantly and courageously brought it about) with a condemnation of that higher law and those heroes to usher in state servitude, relinquishment of individual liberty in favor of the collective, official censorship, and government without limits.

Let those of us who still remember and revere freedom act this very day against our new domestic enemies. Let us do so civilly but vocally with an unrelenting will to ensure that governments return to their constitutional moorings and schools do not deny the next generation the magnificent truth of the American revolution and the promise of the Declaration of Independence. We must not allow the new enemies of freedom to succeed in devolving a government instituted to protect the rights of the governed into a socialist dictatorship. In short, as part of that “full measure of devotion,” to which Lincoln spoke in remembering the Union dead at Gettysburg, let us “highly resolve that” those extraordinary Americans who died in defense of liberty did not do so “in vain—that this nation, under God, shall have a new birth of freedom—and that government of the people, by the people, for the people, shall not perish from the earth.”

The Declaration of Independence was (and will be forever) the most brilliant exposition in favor of individual rights against the oppressive power of unlimited government. At root, it arose from patriots unique in the history of the world. They forsook power and personal aggrandizement to unite in a quest to establish a republic where no dictatorship would be allowed and where, by virtue of a written Constitution, the government would be restrained so the people could be forever free. Throughout the world people marveled, as indeed King George III did, that there came to be a government whose pristine purpose of protecting individual liberty defined its existence. Two years after Lieutenant General Charles Cornwallis surrendered to General Washington at Yorktown, on October 18, 1781, King George III asked the American painter Benjamin West, then at Buckingham Palace, what would become of the great American general (apparently expecting that he would use his renown and the allegiance of the continental army to become a king or dictator of America).

West astonished the king when instead of describing an ascension to power by General Washington, he described a declamation from it. George Washington would remain true to his republican principles, he would forsake power in favor of individual liberty: “They say he will return to his farm,” West replied. To which the king, flabbergasted, remarked: “If he does that, he will be the greatest man in the world.” George III stood in disbelief that one so enabled by power would in deference to the ideal of liberty relinquish that power to return to the status of a mere farmer, emulating the civic virtue of Lucius Quinctius Cincinnatus, who retired to be a farmer rather than assume the station of a permanent Roman dictator.

Our forebears understood that individual liberty was indispensable to progress and happiness, that without it man was but a slave to the state, and that with it there could be no limits to human potential. Among the subjects of the Crown were a revolutionary few who fought and died for freedom, so that their families, kinsmen, and future generations would enjoy the blessings of liberty. Oh how very grateful we should now be for them, but oh how betrayed they have been by those among the present generation who, ignorant of the accomplishments of America’s first generation of revolutionaries, nevertheless condemn them with the broadest and most undeserved appellations of racism. Then, as now, the enemies of liberty are the same: those who lust for political power to impose their will on all others (who enjoy freedom themselves but presume to deny that freedom to everyone else).

Faced with the unwillingness of the colonists to accept any form of taxation without representation even to the point of tarring and feathering tax collectors, the administration of George III adopted the so-called Coercive Acts to punish the citizens of Boston. Through committees of correspondence, patriots in all colonies adopted the cause of Boston as their own, viewing the threat against one as against them all (“e pluribus unum”). Although a subset of the universe of all British subjects, and constantly revealed to the British by Tories in their midst, the patriots avoided confiscatory and unrepresentative taxes, overcame restrictions on trade, and in due course defeated tyranny in favor of a Constitution of liberty.

Viewed with disdain, even disgust, by George III and the Tory leadership in Parliament, the American cause for liberty nonetheless inspired members of Parliament sympathetic to the American cause, who defended the right of the colonists to leave free of entanglements. The language of liberty recorded in America became universal, inspiring revolutions outside of the colonies, including the overthrow of monarchy in France, albeit with a tyranny of democracy run riot. Indeed, so popular was the concept of a government where the people were sovereign and protected in their individual liberty that it caused Jefferson to remark to Tench Coxe on June 1, 1795: “[T]his ball of liberty . . . is now so well in motion that it will roll round the globe, at least the enlightened part of it, for light & liberty go together.”

The extraordinary encapsulation of the rights of man and of just governance in the Preamble to the Declaration of Independence became a powerful rallying cry against which neither the British king nor the Tory Administration ever offered an alternative thesis of comparable suasion. Indeed, the world has yet to witness a defense of tyranny that can compare with the stirring “self-evident” truths that animate the Preamble. The Preamble defines what it means to be American, is our true origin, and states forever our aspirational goals.

We, as Americans, believe fundamentally and accept as self-evident, that all are created equal. We believe that all are endowed by our Creator with unalienable rights, among them rights to life, liberty, and the pursuit of happiness. We believe governments are instituted to protect those rights (that, indeed, is government’s very purpose and only basis of legitimacy). We believe governments may govern justly only if they derive their powers from the consent of the governed. Those truths define who we are. And while BLM and Antifa oppose each of them and mean to deprive us of them, the truths stand in their simple yet profound honesty and tug dearly at our hearts because, if we are honest, we know them to be true, undeniable, and eternal. Moreover, through experience we know they have proven their superiority over every dogma offered to justify the denial of individual rights, freedom of choice, and pursuit of individual happiness.

As we celebrate Independence Day in the presence of governments federal and state that have far more in common with the overbearing power that characterized that of the Hanoverian kings of England toward the American colonies, we can nevertheless appreciate, as our forebears did then, that there is no force on earth equal to that of individual liberty. The history of the world is proof that even the most oppressive regimes fail in the end to arrest the spirit of liberty that animates every living person, a spirit that, as our Declaration of Independence recognized, is endowed by our Creator in each of us and can not be taken from us (is unalienable).

As our Declaration explains, just governments are instituted among men to protect the rights of the governed and whenever governments so instituted become an enemy of those rights, it is the duty of the people to alter or abolish them. The free will not willingly consent to socialism and the naïve, while not infrequently duped into favoring socialism by the false promise of something of value for nothing, invariably learn the hard truth Margaret Thatcher explained in her simple yet profound eloquence: “The problem with socialism is that you eventually run out of other people’s money.” And then there is the horrible misery, profound for the least fortunate among us, a misery for which there is no escape. A socialist slave to the state has one overpowering master whose plantation is the entire nation: For the socialist slave there is no avenue of escape, no opportunity for freedom up North.

Freedom once taken is not regained except with extreme difficulty. The secret to self-fulfillment and prosperity is to avoid becoming so foolish as to part with freedom in the first place.